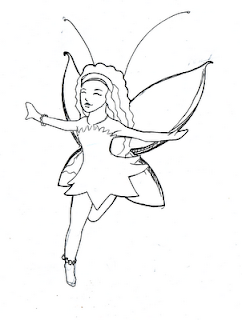 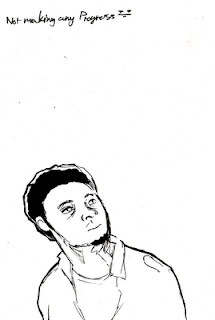 one of them was a commisison, and the other was just a response from a photo someone took of me that i liked...

notice the use of SPACE :D 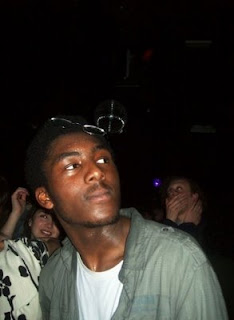 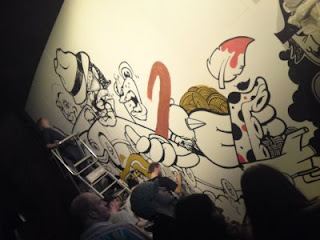 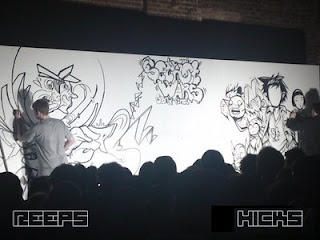 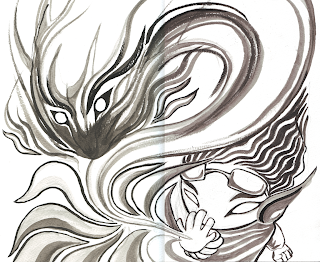 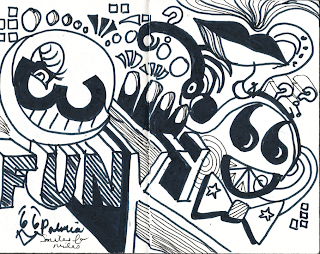 Something a Friend came up with at the event! i thought she did a really good job. Graphic designers always know what there doing
Posted by Wumi at 15:16 No comments:

I think im gonna start thinking more about my child hood for this project. the kinda things that interested me.. the way my mind worked. How i got creative... When i think about it LEGO! was a big thing! one of those toys that were really easy to use... and the design was pretty flawless.

yet you could get SOOO creative with them! i think i might buy some Lego blocks myself! since i cant actually find any in my house :( quite upsetting since i used to wake up in the middle of the night and go for a snack and end up stepping on a block or two ¬_¬

here are some of my daily drawings: 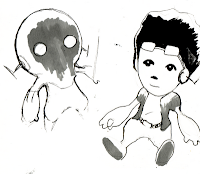 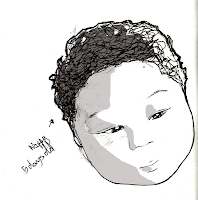 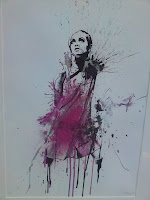 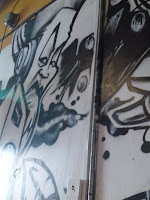 Ok Here's the Plan... apparently, Blogging is a HOT way of letting your work be seen to the word... i only really neeed ma tutor and peers to see what im doing but i suppose i will allow the masses to see what I'm getting up to.

Its Week one and Ive Written my proposal, given it to ma tutor and started some research! ¬__¬ EHHH RESEACH! i HATE IT! i hate the fact that ive been conditions to think that its like a formula... you do the research, then you automatically go into development! it just doesn't sound right... At camberwell they teach us about how iomportant your research is and that you should try and record research in as many different ways as possible so that you get inspiration....
Its hard to think like that when all you've got in your head is HOW AM I GONNA GET TO THE FINAL PRODUCT! but its OK because I'm now beyond that idea of thinking tooo far ahead but somehow knowing exactly what im going to do at the same time ... i know odd? that's what art unis do to you, screw with your head.

Neway ima post up the proposal and some research pictures... its a long one so to sum it up: 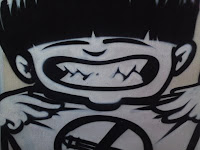 The Immense imagination Machine: a Child

Giving a visual representation of my progress has been something that I have become more aware of since the start of my Foundation Course. Surrounding myself with my chosen subject matter becomes the fuel of my ideas. Evidence shows that I am too limited in the way that I work, usually using fine liner pens on A4 paper. The successful projects of mine showed a range of scale, giving a positive effect on the outcome.

My influences since childhood range from video games, animations and action entertainment. I look back and point out the things about them that I really admired with a trained eye and understanding. These interests heavily affected my drawing, which during foundation I felt like I need to challenged myself by not sticking to these. That’s where film came in, and although I haven’t actually made a film or animation. The things that I have taken from them have greatly improved my drawing concepts and understanding of compositions. Jamie Hewlett, Andrew Jones, frank miller all illustrators that scaled their work.

The idea to work with scale came from a previous project that considered the size or printing. The aim of the Project will be to challenge my limited drawings that I called Final pieces, knowing that my small size of the images wouldn’t be effective if shown in another size. I’m often impressed by big design, especially the way that Murals can represent a person or a place. Murals instantly make me think about Graffiti artists and there loud images that are created to represent that they were there. The Secret Wars Underground event would be a great starting point to seeing how Artist process when creating something on a large scale. The fact that I would be able to see them progressively create there images means I can get a first hand understanding of how to make images suitable for sizing. Along contemporary urban movement I’ve understood the importance of looking at fine artists especially the grand Illustrations/Artworks displayed at the V&A. The ultimate motive is so represent my interests and ambitions as a youth. I had also thought to experiment on how well I could incorporate model making into the process to have an idea of how things would turn out. Further more the scale of the tools used, would change, bigger brushes, bigger things to make marks on. Adobe illustrator is a perfect program for resizing images so a tutorial will be in place here.

I should Say the Aim of the Scale aspect, is to make things visible, murals are there to be seen.

Blogging would be a great way of not concealing my work in a sketch book that has to be asked to be seen. A Drawing every Day to show what I have thought about the project, preferably small loose drawing that show my thinking then mess about with their scale. Having these images relate to each other and steadily becoming concepts and ideas for a potential final piece.


Its starting to get really fun this collaboration work. mainly because the end pieces look really good, but also because its interesting how we can speak to each other through the work that we do. its like you can see the personalities of each person that got involved in the piece that you made.

I went to this Arts show called SECRET WARS which is like a Illustration battle...
Two teams have this massive wall, were they have to try and illustrate something about the opposing team, just to take the mik :P as you would expect grapfiti artist get invloved, but there not always the victors, since its all about Using a big black marker..... when you get time, check it out.

but anyway heres some of the work me and a Friend Created, i did the lines, he painted over it. he really surprised me with what he did with it :P