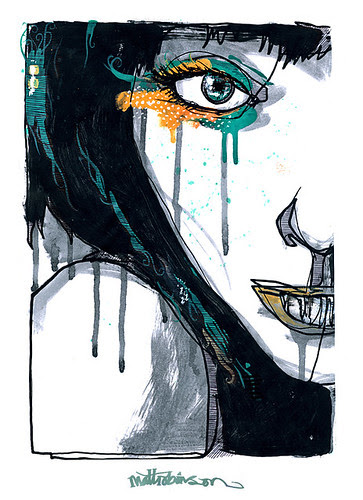 CONTINUOUS LINES! LOVE THAT!
At the Rooted Exhibition i was blown away by some of the stuff i saw. manly by alot of the Installation stuff, even tho I didn't understand half of it. but the thing that really caught my eye was this 3rd year Graphic design student called Matt Robinson from Kingston university. Hes work really stood out for me as something quite stylised and confident. From my other post his work would be rcognised as the sorta street styled stuff, that had a really humarouse zombie look to it hehe. it was nice to see personality in what he does.

Neway heres some of his stuff that I Really liked! Its Damn Bold! 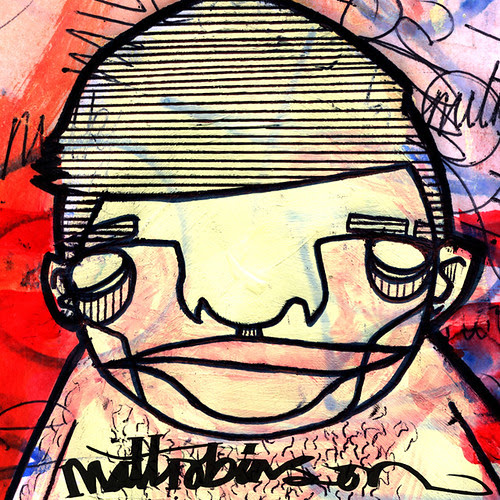 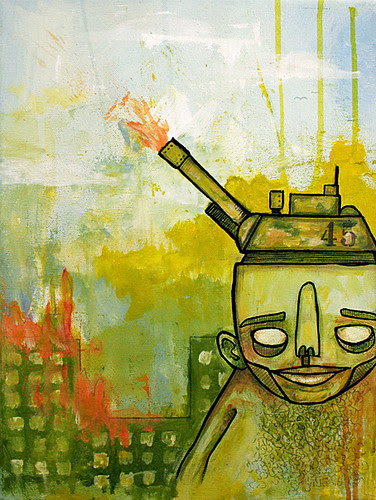 His Flikr Page is cool aswell, opend me up to all the other type of imagemakign he does. I guess the fact that he is a Graphic designer means that hes already aided in the understanding of compotition and mark making, from a different Communication point of view. Were As im doing illustration, i hope to work with and learn from Designers aswell as artist...

Funily enough he saif that hes gonna probably pursue his Illustration career More than being a Designer, "You gotta want to draw every day if you wanna be an illustrator" he said wen we talked.... So true haha.

I can Funidmentally imagine his stuff as a Mural Already, even with the Textures used
Posted by Wumi at 14:46