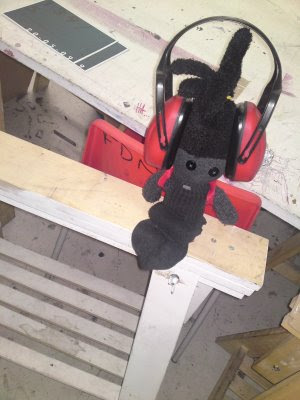 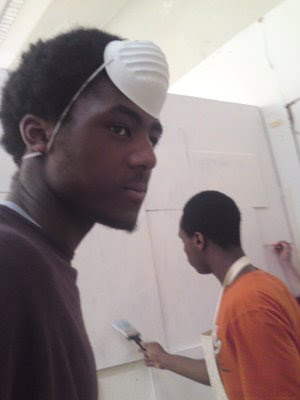 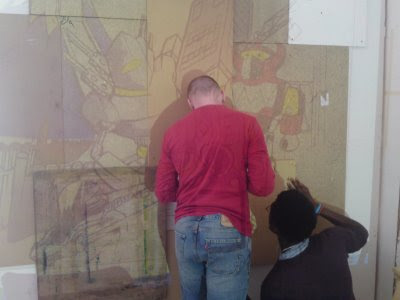 Ive got good news and bad news. the good news is after all that bloody planning ive finally got a wall up! The problem i had was the fact that i was doing a two man job with one person... they were big blocks that i had to put up all by myself. Time management was a big issue as well and since didnt realise all the things that i would need earlier, the last two days felt like they were completely wasted. but thankfully enough i have friends in foundation who actually do different Pathways.
Stephen Tyrell! My Technician! luckily enough in the time that i felt was wasted I made a little machete of how the wall would look. So when it came to me and steven making the wall, This HELPED ME LOADS!!!!! I had all the piece together but i needed to bolt them on, and spent the whole morning figuring out how to do it! not to mention the compasition planning. But since we had the Projector! things felt like they were alot better, we could place to wood in places and nail them securly in with nails[i was so worried about the weight but it was perfect] 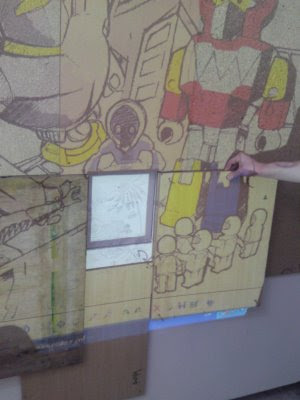 And dont get me started on prima!!!! Sheesh if steven didnt let me know earilyer that i had to buy primer before i did any painting on the wall we would be in sokme seriouse trouble. 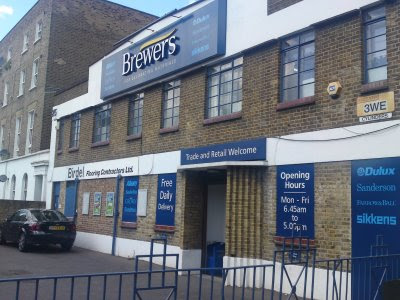 Found a place better than B&Q called Brewers! in queens way! was actually quite cheap. and from slapping on the white primer undelay, i realised that i could get interesting textures... of course i needed it to dry, but that ment that there would be no more. 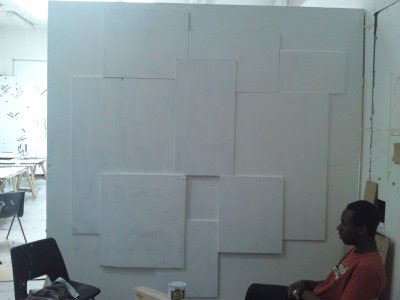 behold the RELIEF!!
Good old steven if i didnt find him then i would have probably had to completely rethink everythign i was going to do. Next time when it comes to big constructions liek this, i think aswell as draw a plan of how it will look, i would also need to creat a HOW TO MAKE guide. because not knowing how to drill certain things into other would have been really difficult. Ive now got two solidm studeio days to finish it and ive only got the projector ofor one of those days.....

Zeek wants to get involved, since hes the narrator 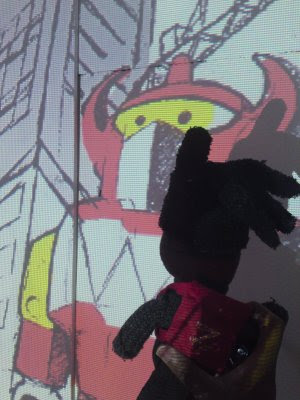 The projected image was then Shown on the Primed blocks. i wanted to try and keep the interesting textures i created when priming to give it a really nice *built* look. we will see if i have planned enough.
Posted by Wumi at 09:55