I had an interesting Talk with my tutor about how i could tell the story about my childhood imagenation without just drawing a load of stuff that might not lok likek it means something. After making the minni me i really wanted to try and do more with it.

Interestingly enough, i had had all the ingrediants to create a story, just like how i used to. i had the props[everything ive collected], i had the over all idea[childhood items and stuff],and i had the Narrator[my mini me].

Fundamentally i dont actually need to draw a comic to tell a story, but the idea kept coming back to me.

The talk with my tutor was helpfull because she was able to tell me how i should use the toy as the narrator since hes supposed to be a repressentation of myself. Also i could Try to find different aspects of my childhood to look at and place them on different parts of the mural, each of them telling a story. 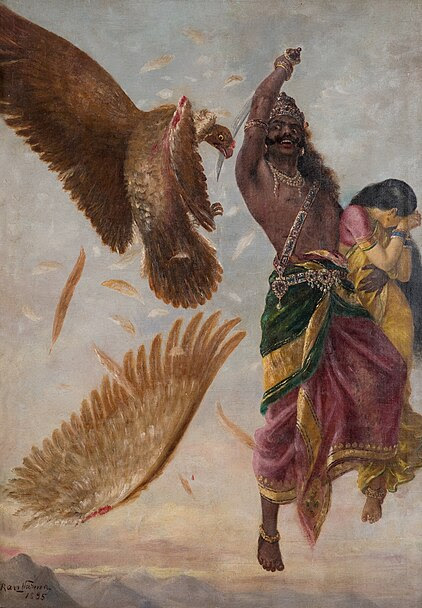 This is a great illustration, but the more i look at it the more i understand the point of it, and the narration. The clothes that there wearing, im sure that before humans were created, the "gods" didnt wear Human clothes. but its done so that people can understand and relate. so if i were to create something people could relate to....[children] the idea could work. Dosnt need to be a comic, just have the right sort of messages in the piece.

"What About Indian EPICS" look at that blue demon! isnt he scary! and Rama comes to save to day!


Ive been looking them up! i havent heard the stories sfor a long time, but remember thinking it was sooo cool the way that some of their stories were told and think that it would be a great starting point for creating a dynamic story with dynamic images! infact their loosely related to Chinese Epic stories.


At the moment i could aproach the use of these stories and epics in theses ways:

-How about Recreating them, but using figures of my imagenation?


-Taking characters from theses stroies and recreating to story, things i used to do with the old toys i had.


-Find out more stories from different times of my childhood to and trying to represent them all.

ill find a way, but im approching more and more to the idea of telling a known story, even tho i want to make up my own, like i did as a youth.