The colouring for the actual mural has been turning out completewly different to how planned it. i experimented with asetate planning to use it for the actually mural but because i didnt get an over head projector things had to change.


anyway! all day! since we got the wall up ive actually been Painting :D what made me paint was the whole action of practically doing something BIG rather than drawing which seemed almost harder to do big.

I ended up spending all of my money this week on paint and prima. all for a good cause. looked good on thoses walls. Only thing that was actually a shame was that the first layer of prima had a really nice aray of textures. 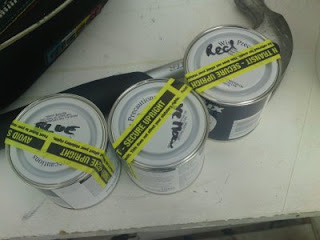 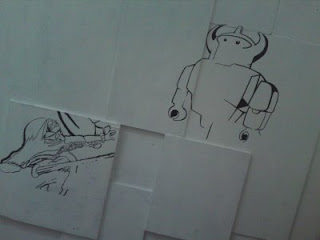 Straight after the PRima 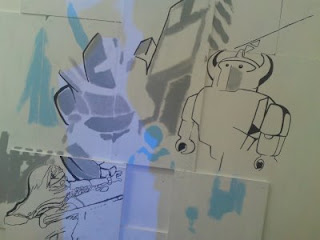 At this point i was worring that i had too much Gray and maybe it would need some tones. i only had the projector for another couple of hours so the stress was to put the lines on first even tho i wanted to go colour. 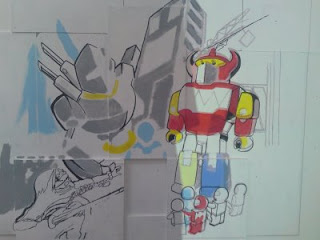 NOOOOOOO!THE PROECTOR MOVED! and i spent AGES trying to PUT IT BACK! but eventually noticed it was hopeless!and i had already started drawing on it when it changed. so the idea was to get the lines done aswell as i could.... thats where the problem of putting colour on first had its problems. 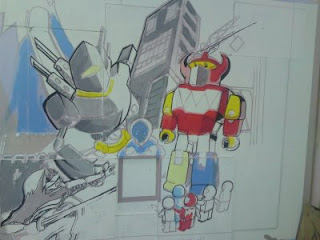 It got to the point because of this i had to make the decision of how i wanted to fill in colour. From Advice given by An FDA student in illustration it seemed thati should try to be consistant with the actual style and use bold Strong flat colours rather than Shifting tones. this made sence because of the idea of keepign the childrens theme. 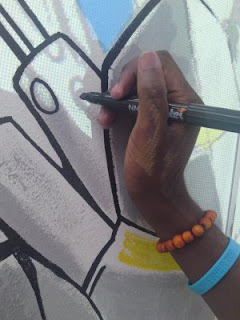 At this point i felt like i was in a secret wars event, being one of the artists invloved. 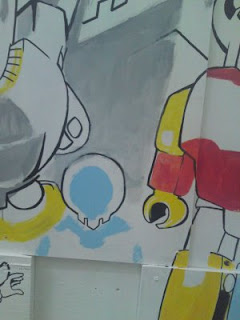 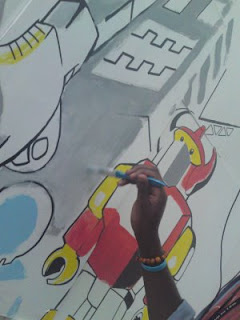 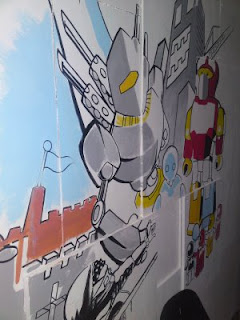